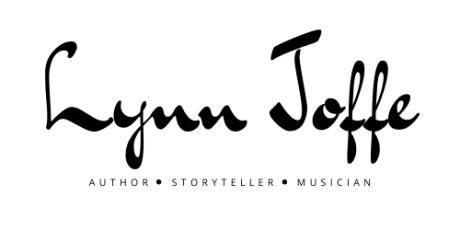 In the beginning, an extract from the book.

Book I: Tummel in the Temple

If we hadn’t been following Hadassah’s pomegranate all over the known world, we’d never have wound up in Bethany. Lazzie would still be alive. And I’d be mortal. But that’s not how the hamantaschen crumbled. A painted lady flaps her wings and all that jazz. The disciples remember it differently, but they were always going to write their own version anyway. I was there. I saw it all. Not in my present incarnation, but who am I to split sheitel hairs?

The beitzim started to roll when Rov Yossi and his chevras were invited over for that last supper. It was a double whammy, actually – Pesach and Shabbos rolled into one. Martha and I were helping Hadassah boil ’n bake an exodus of matzoh balls. I was never much one for domestic activity and did all I could to wheedle out of the chores in the wide, clay-baked kitchen. Normally, the servants would clean up after us. But on Pesach, Hadassah was having no shirking. Scour the scullery. Polish the porcelain. On your hands and knees, girlchicks! Seek and destroy any vestige of chametz – no wheat, no rice, no leftover shewbread, it all had to go. On Pesach, we’re forbidden to put anything in our mouths that rises. Then there’s the matter of changing the dishes – one set milchedik, another vleishedik. Hadassah was very proud of her Pesach crockery, handed down through the maternal line since the great trek back from Babylonia, each item adorned with a symbol of the festival: an egg, a sprig of parsley, chopped up charoset representing bricks and mortar of the slaves, salt water for tears. All in all, a huge schlep.

Twelve extra mouths to feed was no mean feast. Our second stepdaddy, Qumran Qumran, had done well in the buildup to the festival. He knew how to supply the needs of the flocking pilgrims and set up fruit stands all along the road to Damascus. Palm dates did very well that season. Figs were at a premium. He tripled the cost of olives. But he liked a flutter on the camels, did Qumran Qumran, and often returned home in his flagons with no more than a handful of copper leptons and a mild dose of the clap. Still, Hadassah was a social climber and having the chevras over would up her Quarter cred by quite a few notches. Nu, we improvised ways to stretch her stingy allowance to feed the holy horde. Rolled the matzoh beitzim smaller. Watered down the wine. She tried to pass it off as a miracle. From her lips to Yahweh’s ears.

Lazzie didn’t have to do kitchen duties. He was practising his shofar in the courtyard with the chickens while Martha and I had our hands full. I could see him from the window, pursing his clefted lips to the blowhole and wheezing a few breathy parps into the chaffed afternoon air. He hadn’t quite got the first long tekiyah note right.

‘Will you stop that racket?’ Ma moaned from beneath her migraine.

‘Lazzie, let me show you how it works!’ I shouted from the scullery.

‘You’re a girlchick, you’re not allowed to touch it.’

‘Says who?’ I abandoned my chores and ambled into the courtyard.

‘It is written,’ he wheezed. ‘The holy horn is forbidden for meideles.’

‘I’ll tell Zaida. It’s going to be treif if you touch it.’

‘Zaida doesn’t have to know,’ I said. ‘He’s at the Temple all week for Pesach. Now hand it over!’

I grabbed the horn from his protesting grasp and puckered up to the pointy end.

‘Give it back!’ wheezed Laz. ‘Or I’m reporting you to the Sandybedmen.’

‘Sandyheadmen,’ I corrected him. ‘You’re the one with the cheder chops, schmekelface.’

Lazzie snatched the shofar back and drew breath again. It sounded like the bubbles we sibs blew when we were trying to turn farty blame on each other at the Shabbos table. Then Lazzie’s rasping became more laboured and suddenly he fell to the ground, teeth clenched, eyes rolled back to the whites. His body arched as if a great cord was pulling him up to heaven by his wishbone and then dashing him mercilessly to the ground.

‘Martha! Bring a spoon!’ I screamed at my sister.

‘Milk or meat?’ Martha yelled back.

‘This is no time to quibble. It doesn’t matter, he’s swallowing his tongue!’

Martha flung a kneidlach ladle through the open door. I wrestled it between my brother’s gritted teeth.

‘Martha, bring the ’nard!’ I bellowed. I always had some muskroot handy for Lazzie’s fits. Its roots, crushed to powder and dissolved in boiled water, calmed his convulsions and my own nerves. Too much was fatal. Too little was ineffective. You had to get the dose just right.

‘You gave it to the Rov, remember?’ Martha chided. ‘You got the resin all over your hair?’

‘All right already, bring me the ash gourd juice!’

‘It’s in the chametz basket. It’s not Kosher L’Pesach.’

‘For fig’s sake, Martha, get your tuchus over here!’

Martha dashed into the courtyard, matzoh meal and egg yolk coagulating between her fingers. She gingerly rolled up her simlah and straddled Lazzie’s puny chest. I cradled his head, attempted to prise open his jaw and received a couple of savage bites to the thumb. It took both of us to hold him to the ground, or he surely would have snapped himself in two. Matzoh meal and blood began to bubble into a foamy paste at the corners of his mouth as he arched and arched again. Suddenly, he froze in mid-climax and slumped to the courtyard cobbles, lifeless, the wooden spoon slack between his foamy jaws.

Martha wept. Hadassah stood like a statue at the window.

I pulled myself together and addressed Philemon, our camel driver, who stood near the kitchen door timidly twiddling his bridle. Actually, I smelled him before I saw him. The reek of dromedary is very hard to eradicate.

‘Phil, you’ve got to take me and Lazzie to Jerusalem!’

‘I can’t put Master Lazzie in the cart, Miss Miriam. The dead are unclean.’

I ripped off Lazzie’s tiny tallis and put my lips to his cleft. He threw up the contents of his kishkes, a sticky teiglach and chicken feed mix.

‘If he passes to Yahweh on the way,’ said Phil, ‘I will be the one to take the blame.’

‘We’ve still got some grains of paradise and a titch of skullcap?’ offered Martha.

‘We’ve tried that combo before,’ I said. ‘We have to have consecrated ’nard.’

‘You can’t take Lazzie anywhere in this condition,’ Martha fretted. ‘The ride will kill him.’

‘Then I’ll go and fetch it myself. Philemon, give me that bridle.’

‘Sister, no!’ Martha cried. ‘You don’t even have a dromedary licence.’

‘I’m going to find Rov Yossi and I’m going to get that ’nard for Lazzie. Now get out of my way.’ And before anyone could say Halva Megilla, I scraped the step ladder from the side of the house, propped it against Sal, our family camel, mounted her hump and kicked her into gear.

‘You can’t take the camel without the carriage!’ Martha shouted. ‘You’ll rupture yourself!’

‘Wrap Lazzie in those linen strips like we did last time!’ I yelled back. ‘Powder some horseradish seeds and sprinkle one pinch in each nostril. Put him in a cool place. And keep his lips moist with melon.’

‘Come back here this minute,’ Hadassah moaned from the kitchen door. ‘You’re not going out dressed like that.’

‘It’s a matter of life and death, Ma,’ I squawked from my perch. ‘I’ll be back by sunset.’

‘Cover your keppie!’ she shouted after me.

My fingers fluttered to my neck where I always kept my loosened headscarf. It was wet with Lazzie’s blood and gore. I twirled it above my head like a standard bearer at a gladiator match. Lazzie’s precious bodily fluids dried instantly in the hot hamsin and flaked to the ground like dandruff manna. At least I’d be able to find my way home.