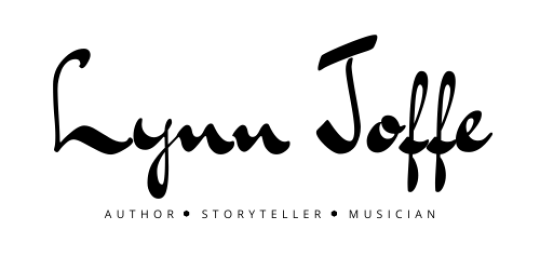 The Gospel According to Wanda B. Lazarus by Lynn Joffe

Afikomen – a morsel of matzoh hidden during the Passover Seder, sought after by children after the meal for a small reward

bimah – a raised platform in a synagogue, from which readings take place

bris (Yiddish) – circumcision of boy children at the age of 7 days in accordance with the covenant with the Jewish God, Yahweh

brit milah (Hebrew) – circumcision of boy children at the age of 7 days in accordance with the covenant with the Jewish God, Yahweh 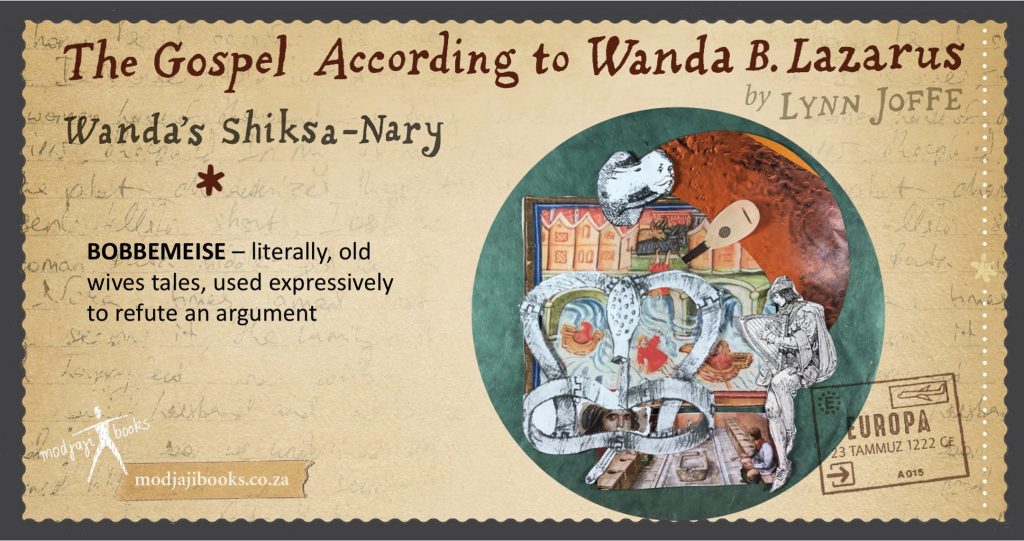 chai – ‘alive’, or ‘living’. The word is made up of two letters of the Hebrew alphabet, chet and yud. Numerologically, the letters add up to 18 (8+10)

Chametz – foods with leavening agents, such as bread, that are forbidden on the Pesach/Passover

charoset – a sweet paste made of fruits and nuts eaten at the Passover Seder, symbolic of the mortar used by Israelite slaves in Egypt for the bricks in the construction of Pharaoh’s monuments

Converso – a Jew who converted to Catholicism in Spain or Portugal, particularly during the 14th and 15th centuries, to avoid anti-Semitic persecution 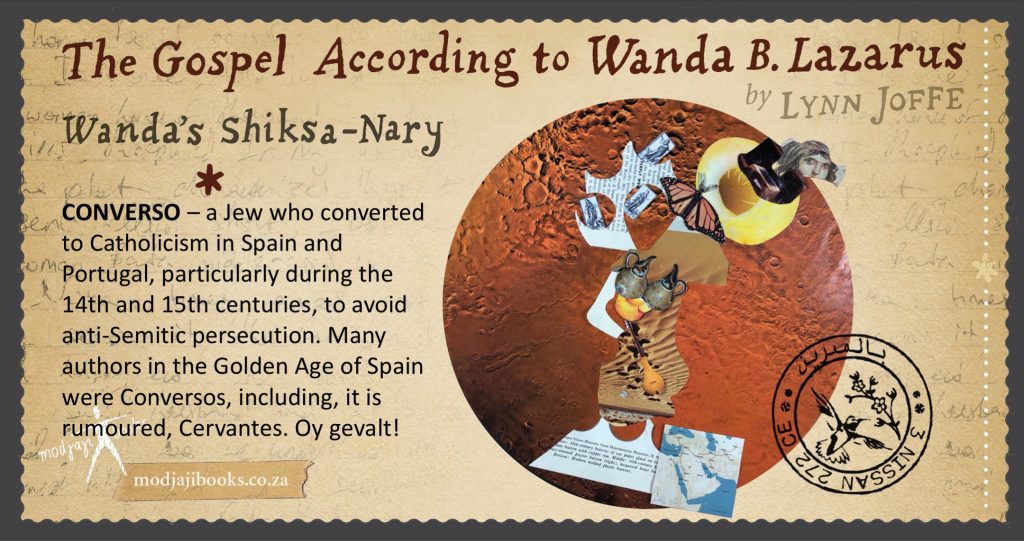 daven – pray, past tense: davened. Jews are obligated to recite prayers thrice daily. Women, less frequently, if at all

dayeinu – ‘it would have been enough’. Also a song that is sung at the Passover Seder (meal) 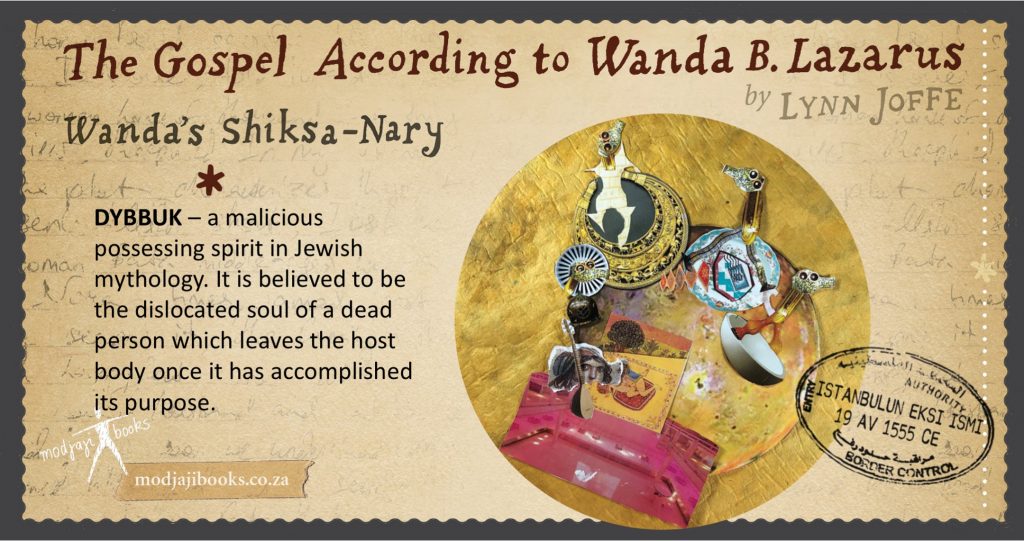 Eretz – Iudaea, the Land of Israel

golem – in Jewish folklore, a demonic archetype endowed with life

habibi – my love, my buddy

hamantaschen – a triangular pastry eaten on the Jewish festival of Purim, to symbolise the defeated enemy of the Jewish people, Haman, who plotted to kill the Jews of Persia under King Ahasuerus

HaShem – God (literally: The Name). Used by religious Jews to refer to their deity, Yahweh

Kashrut – ‘kosherness’; a set of dietary laws dealing with the foods that Jews are permitted to eat and how those foods must be prepared according to Jewish law

kethoneth – a long shirt-like garment – robe, cloak or tunic – usually of linen, worn by both males and females in biblical times

kugel – literally, a kind of savoury pudding of potatoes or other vegetables; slangily: a young Jewish woman from a wealthy background who is seen as being excessively materialistic 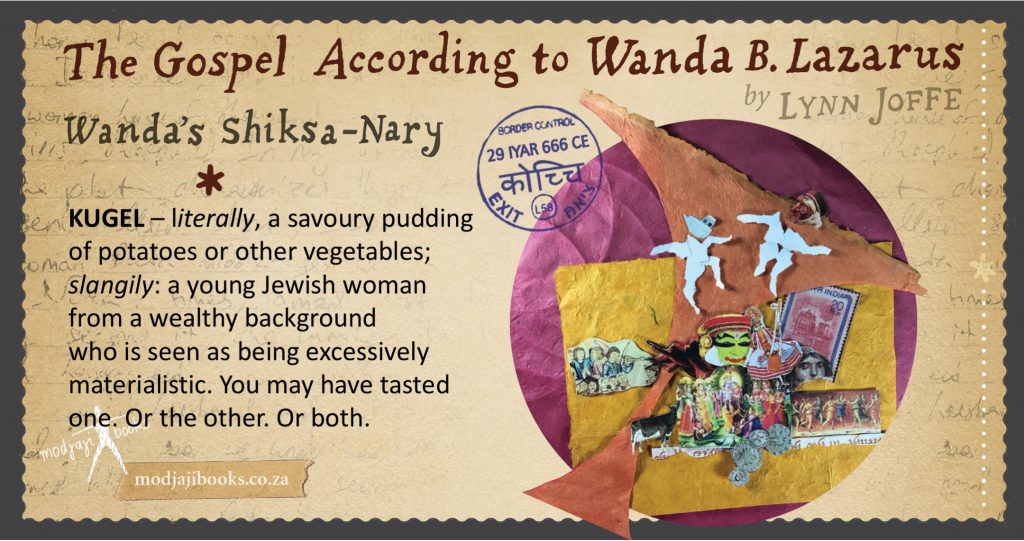 Ladino – Judaeo-Spanish language, spoken for centuries by Sephardic Jews throughout the world

mechitzah – a partition used to separate men and women in prayer

Megillah – a Jewish religious text read on the festival of Purim

metzizah bel peh – part of the ritual of orthodox male circumcision; the wound is sucked by the mohel to prevent excessive bleeding

mikvah – a bath used for the purpose of ritual immersion in Judaism to achieve ritual purity. Used by women at the end of their monthly menstrual cycle

minyan – a quorum of ten men over the age of 13 required for traditional Jewish public worship.

Mohel – a person who performs a bris/circumcision 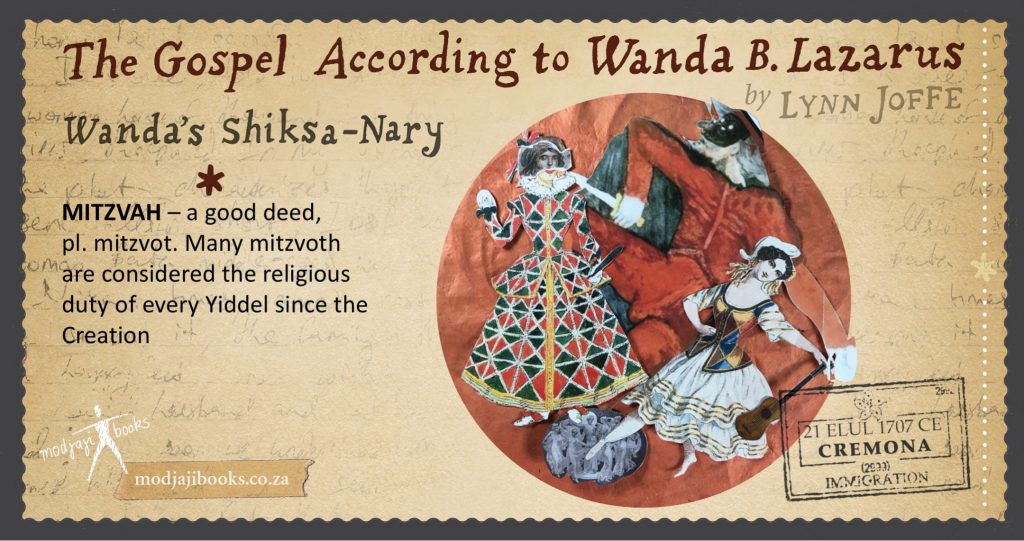 ’Nard – abbreviation for Spikenard, a costly perfumed ointment, derived from the rhizome of the valerian family.

Ner Tamid – literally, eternal flame: a lamp that is kept burning for its religious symbolism

opshearing – a ritual haircutting ceremony observed when an orthodox Jewish boy turns three years old. The forelocks remain uncut and dangling, forming the basis of the payos which Jewish males are commanded to wear

Purim – Jewish festival commemorating the saving of the Jewish people from Haman, a Persian official and royal vizier to King Ahasuerus of the Persian Empire, who plotted to kill all the Jews in the empire. A Jewess, Esther, came to the rescue of her people and the evil Haman was vanquished 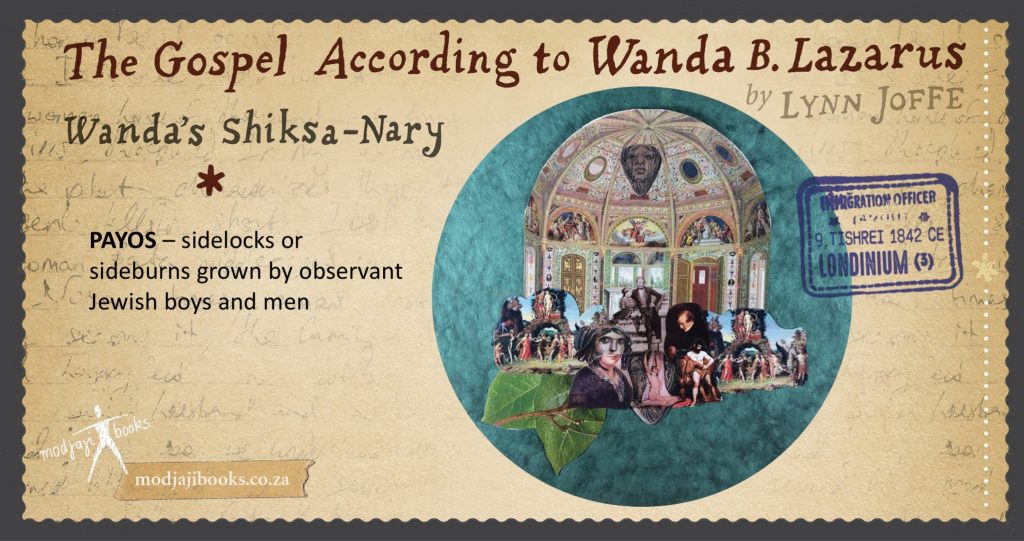 rozhinkes mit mandelen – raisins and almonds; the name of a traditional Yiddish lullaby

schlenter – to fake or deceive

schtupp – literally, to push; slangily, an act of sexual intercourse

Shabbos – sabbath. Seventh day of the week, symbolising God’s rest having created the universe in six days. Traditionally, all Jews are commanded to refrain from work on this day 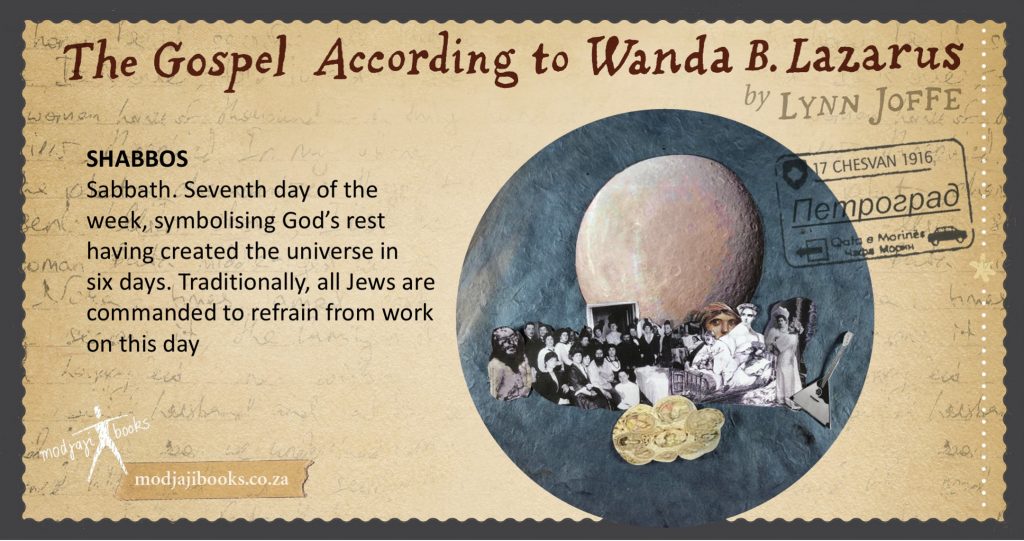 Shalom aleichem – greeting, peace be upon you

shamus – assistant to the cantor or chazzan in a Jewish synagogue

Sheol – the abode of the dead in Jewish religious mythology

shiddach – a system of matchmaking in which Jewish singles are introduced to one another, usually by a matchmaker, for the purpose of marriage; v. shiddached

shofar – ram’s horn, blown as a type of trumpet. Used on Jewish religious holidays to call on the name of God

simlah – a biblical garment, cloak or mantle in wool or linen

tzatzke – a trinket, ornament, often used as a euphemism for something more valuable

tzimmes – a sweet, traditional dish made of root vegetables and dried fruits 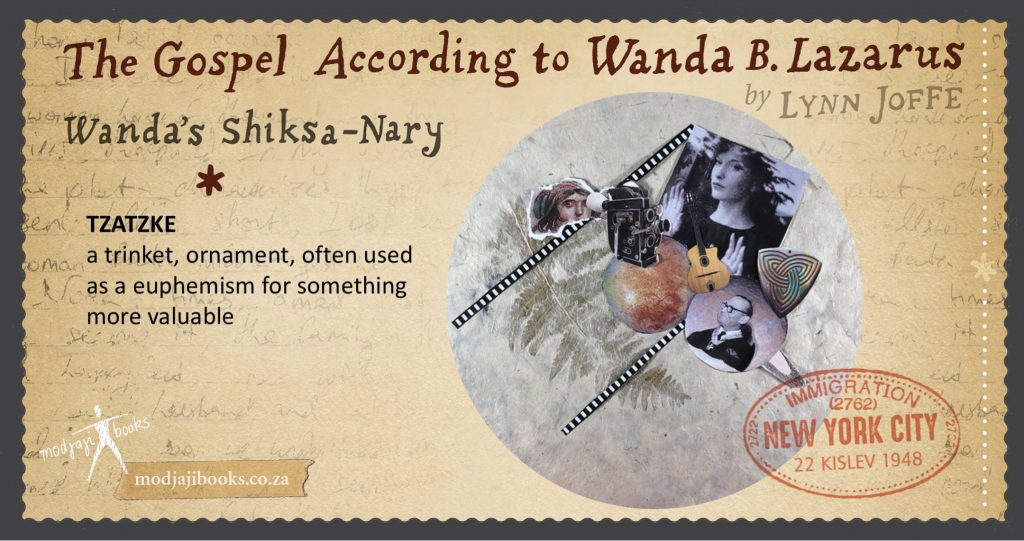 yud – the 10th letter of the Hebrew alphabet. Also has numerical value 10 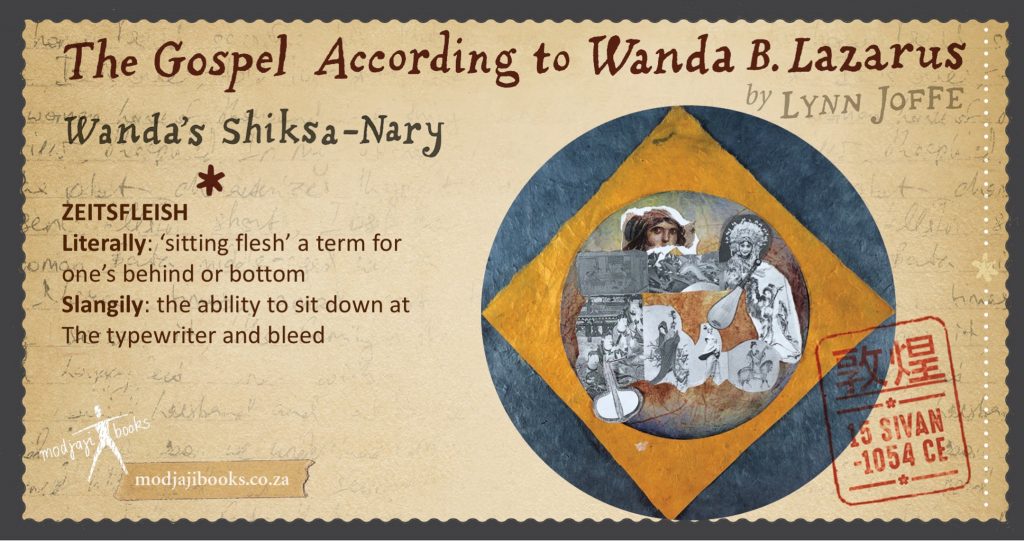 © Modjajibooks 2021 © Lynn Joffe 2021. To order the book in print or EPub with interactive glossary, go to www.modjajibooks.co.za/the-gospel-according-to-wanda-b-lazarus